A video I viewed this week deeply touched me spiritually.  A friend and colleague posted a 5 minute video that contains intense details.  I was so young when I learned to swim, I don’t remember not knowing how, so water doesn’t usually intimidate me; but this video was another matter, altogether.  A gentle stream had become a raging river of torrential flood waters.  In that short video, he brought the viewers to a close up of a whirlpool, of furious over flow, of water breaking though under the infrastructure, and a deluge spilling over the road creating an ominous waterfall.  The volume of water seemed immeasurable.  He captured footage of potential peril and out and out danger.  In that five minutes, I saw my emotional history.  So many things in my life used to sweep away my hope and peace and eroded my awareness between situations and incidents. 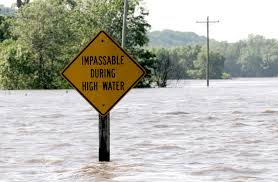 When I was led to get a computer, I knew it was to be a witness unto Y’hshuwah, on the internet.  The first website I assembled, addressed health from an exclusively spiritual perspective, which I’ve now incorporated into the larger, fuller website addressing many aspects of The Way of Life.   There were many willing volunteers who helped with that early outreach plan, back in 2001, and it has grown, but in the growth, I kind of relegated the mental health testimony to a back page of the website.  That is now changing.  In my salvation and healing, not only did I hear, “Go and sin no more,” but I’ve now also heard, “Share what I’ve done.”

Although my mind was miraculously healed, I simply didn’t know how to function as an “whole” human being.  I wasn’t used to expressing vulnerabiliy outwardly.   Rather than hiding in Him, I didn’t realize it; but I was often times hiding behind stoicism and words about Him.  I wasn’t trying to be dishonest, I honestly didn’t know how to be emotionally trasparent.  I was well aware all those years of taking a Bible Study into a state facility, but for the grace of G-d; that’s where I could have been.  That’s why I went!  I wanted those people to have what I had been given.  I wanted those kids to be spared the mistakes I made as a mentally unstable young adult.  I now realize with operation vigilant eagle in place, I still could end up in some sort of facility, many of us could; but this time it will be because of my awareness, not lack of it!

When I came into covenant with YHWH in Messiah, I had no idea what normal thinking or connected functioning was like.  We are promised the mind of Messiah, but I had no idea how to live life with connected awareness and to express emotion.  Dissociative Identity Disorder or MPD as it used to be labeled, in a nushell, amounts to a mental disconnection of awareness and emotional reaction, when frightened or threatened. It’s the adrenaline fight or flight on sterroids. We know our brain basically functions from different parts for various accomplishments. For example, the part of the brain that is used for language is not the same as the one used for math, or athletics. That’s basically why many that excel in one area, have difficulty in others, and some are simply average in several.

The idea was planted very early, when I was “disciplined,” that if my grandparents found out, they would be very disappointed in me . . . My grandparents were awesome, I certainly didn’t want them to be disappointed in me. I was also taught at a very young age that it was rude and inappropriate to discuss what went on at home, publicly. So, young and trusting or fearful as I was, I figured the rest of the world operated that way too.  Early in my life, although I tried to please, when I failed, the fight or flight kicked in, but only that part of my brain took “flight” while my body remained in the circumstances . . .

The first experience I remember, in praying from my heart, came before the age of four. I knew the standard children’s meal time prayers and bedtime prayer, but I remember clearly, my first spontaneous prayer from the heart. One of my grandparents had given me a little wooden painted plaque that hung above my bed. In my mind’s eye, the image is still clear. There was a white kitten, a pink flower, with a butterfly just touching a petal, and a portion of a Scripture.

As I laid there beside my bed, nestled in the “hammock” that was created between the wall and the mattress, by tucking the top sheet under the mattress, I offered an audible prayer from my heart. As I look at that plaque, in my nearly four year old “wisdom,” I asked our Heavenly Father to please make me invisible.  Our Heavenly Father kept me through those stormy years of childhood, through the whirlpools, waterfalls, and torrents of my early adult years, until I came to a place of trusting Him more than I feared man.

So shall they fear the name of YHWH from the west, and his glory from the rising of the sun. When the enemy shall come in like a flood, the Spirit of YHWH shall lift up a standard against him.  Isaiah 59:19