This is the first of three of the most difficult entries I’ll ever post here . . . at least I hope it is.  Speaking of being broken as a child is one thing, but the test of the healing was painful on a level, I’d never before experienced, and hope to never have to repeat.  This test targeted every level of my being and felt invasive on the most basic of levels. 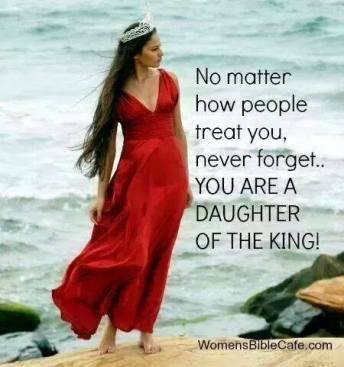 The day I was filled with the Ruach HaKodesh, I received my mental health healing.  A marital separation soon followed, which was my fault and ultimately resulted in divorce.  The test began when I remarried . . . The marriage was not immediate, it was actually several years after I was healed.  The healing came in 1994, with the separation in 1995.  I met my “intended” in 2001.  So, seven years after the healing, came the test.  All I can say is, “Oy vey!”  I thought I was praying and entering a relationship that would demonstrate Abba’s forgiveness and power of restoration after divorce, but I was wrong, oh so wrong!  This was a test of my mental healing in a situation that was not a fairy tale romance of  “happily ever after.”  This situation was, in fact, far from happily ever after . . . And yet, my miraculous healing was proven.

Please allow me to share the test results, with a little background first. The man to which I was married when I entered covenant was not so much interested in the covenant lifestyle and we separated.  Nearly five years later, YHWH instructed me to send him a letter of release.  I did not send a divorce document or even a letter asking for a divorce, just a letter thanking him for being a wonderful father to our children and acknowledging the change that had come about in our direction, after my “conversion.”  I acknowledged my responsibility and simply wanted him to be happy, whatever that meant to him.  In less than a week from the time I mailed that letter to him, he called and told me he wanted a divorce and gave me the details for what he thought was fair.  He was more than fair, so in less than two months, I was a divorce’ . . . again.  Moving along now, to the test.

I was still thinking the only difference between Torah Observant Believers and Christians was a lack of information.  I was still young in the faith, seven years,and think I viewed my beliefs like another denomination, but I was so wrong!  I knew some denominations were not receptive, but some seemed to be, unfortunately in a curious novelty sort of way.  I was zealous and still sometimes stumbling between discernment and being judgmental.  When I saw spirits, I recognized them, but “works of the flesh” sometimes confused me, especially when it came to relationships.  I can honestly say, I’ve learned a lot . . . especially about the journey after the second mile.   I had truly hoped what I am about to share, would some day be just a bad memory and rocky start, but instead, the Sabbaths are more separate, except when someone is looking, and sadly, just the other day, as a shared a praise report, he interjected his explanation to remove the glory of Abba.

Within hours of my last marriage, seriously within hours of the ceremony, I found myself literally wanting to jump out of my car.  I was in the passenger’s seat, so it wasn’t about inflicting injury, just the overwhelming feeling of needing to escape!  The honeymoon was spiritually and emotionally, “excruciating.”  I was far from understanding this test.  I was hoping things would settle down into some sort of calm, but that would not be the case.  Friday evening, as I had prepared for Shabbat,     he acted confused that I had not cancelled the gathering since we had just gotten married.  I reminded him that he had gone to work that day . . .  Through the course of the next six months, I continued to try to be patient, thinking his involvement in my ministry was simply misguided zeal or something, but it finally reached a chrescendo near the High Holy Days.  His utter disregard of the importance of Sabbath and the ministry to which I’m called, to the point of making comments like, “since you’re not doing anything . . .”  By the time he’d repeatedly interrupted the Sabbath gatherings, I simply told him, if he wasn’t interested to please stop attending.

In this same time frame the anniversary of 9/11 was observed.  I served voluntarily as both fire and police chaplain and was asked to participate in that observance.  Now, this same man who had not been able to ever participate in a respectable manner at the mission or privately was suddenly ready to attend and be on time.  I’ll never forget the familiar feeling that came over me that morning through that observance.  The television cameras were there, the radio DJs were present and there were about 3 rows of chairs facing a podium in front of the fire house.  My seat was between the Fire Chief and the Mayor.  This man, who had not participated with me in any spiritual joint endeavor suddenly made his way to be seated between myself and the mayor.  I looked around, feeling like a deer in the headlights.  I knew most all of the people involved in this observance and many of them were married, yet their spouses were supportively in the background.  All I could think about was thoughts of escape.  This may not seem like a major situation to most, but “center-stage” confusion and embarrassment were my old triggers to disconnect.  What had started as fear and confusion for a small child had become my way of life as an adult.  I’d lived mentally broken for so many years, separation was not my second nature, but first response.  I did not want to have my picture taken,  I did not want to be on television, and just as when I was three years old, I desperately wanted to be invisible.  I could not understand how someone could use the spiritual convictions of another to garner attention.

Instead of disconnecting that day, I “womaned up,” graciously accepted the seating rearrangement and spoke with both officials, read my poem based upon II Chronicles 7:14, and resumed my seat, sad and embarrassed, but well aware of the entire day.  My mind had not separated, and this marriage was not joined.

One thought on “The Healing Tested”